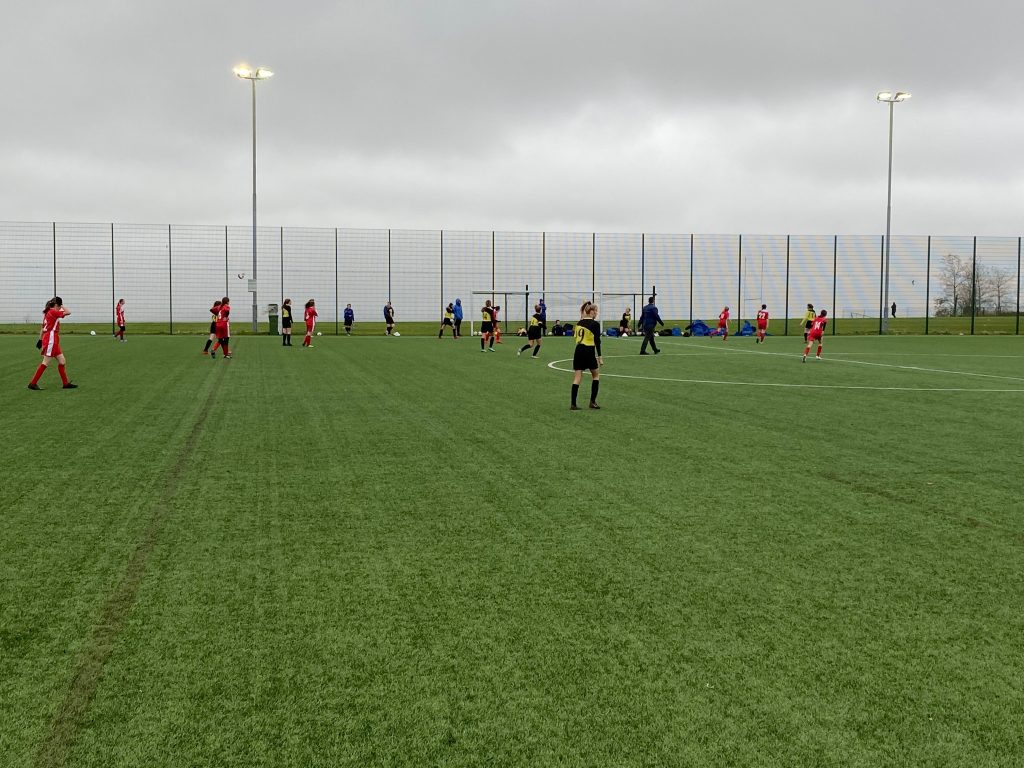 Aberdeen FC Ladies U15’s City faced Cove On Saturday in incredibly windy conditions that made it difficult for both teams. Aberdeen struggled to settle into the match and Cove had the better of the early encounters.

Cove took the lead with a strike from outside the box where Mowat couldn’t do anything with the way the ball moved in the wind. Cove soon added a second but on the strike of halftime Aberdeen found their way back into the match.

GRAHAM picked up a loose ball in the middle of the pitch and sent a 30-yard lob high into the Cove net. Aberdeen started the second half with more composure and ANDERSON latched onto a through ball from Watson to slot home the equaliser.

Both sides tried to win the game, Aberdeen coming close as Graham struck the post and Anderson almost found the bottom corner with another effort. Cove pushed hard late on with a succession of corners, but parity remained.

Credit to both teams for serving up a competitive encounter given the difficult conditions. Thanks to Cove, the referee and our own players and parents for accommodating a late change of venue and kick off time.