It would be fair to say that Aberdeen FC Ladies 15s Reds went into today’s semi-final as the underdogs against much fancied young Westdyke CC Girls 15s team. AFCL15s Reds had only been formed 8 weeks ago and are still getting to know each other with a Westdyke team that were unbeaten and favourites to win the league.

Right from the kick-off it was apparent that this was going to be a very competitive match with both teams battling for every ball. Westdyke had the brightest start taking the game to Aberdeen and being first to every ball all over the pitch. Aberdeen took time to settle and defended their goal well but when Elder broke through for Westdyke, Mann was there to stop the effort. The play was now end to end with good attacking and defensive play by both teams, the first half finishing 0-0 mainly to some great goalkeeping from Aberdeen’s Maan.

The second half started with a tactical change by Westdyke switching their wingers which produced a fascinating contest between Westdyke’s Elder and Aberdeen’s Reynold with the Aberdeen’s left back more than holding her own and stopping the Westdyke attacks. The game continued in the same vein as the first before the deadlock was broken by Westdyke’s SELBIE who raced through the Aberdeen defence and accurately slotted the ball past the advancing Maan. Aberdeen countered by switching Paxton from centre midfield to centre forward which immediately put the Westdyke team on their heels. The switch paid dividends with a great strike from Aberdeen’s Findlay which looked a certain goal only to be stopped by an equally fine save from Westdyke’s Mackie, unfortunately for Westdyke the resulting loose ball dropped to Aberdeen’s PAXTON who evaded a few challenges and force the ball home, 1-1. The play continued from end to end during normal time with Westdyke having a loud penalty shout that was waved away much to Aberdeen’s relief. Extra time was more of the same but despite both teams having chances the game finished 1-1.

The fixture would now to be decided by the dreaded penalties. Aberdeen was first up but their first penalty went over the bar advantage Westdyke until Maan saved to even up, both sides had now missed a couple of the best of five, to tally sitting at 3-3, Findlay, French & Strzelewicz scoring for Aberdeen. Sudden death, Whyte steps forward and scores, advantage Aberdeen. Next up the Westdyke player strikes the ball clean and wide but Aberdeen’s Maan dives to her left and produces another excellent save, her 3rd in the shootout. Game Aberdeen.

Jubilation for the Aberdeen squad who rush forward to mob their talisman keeper, disappointment for Westdyke players who had given everything throughout the game and may count their selves unlucky. 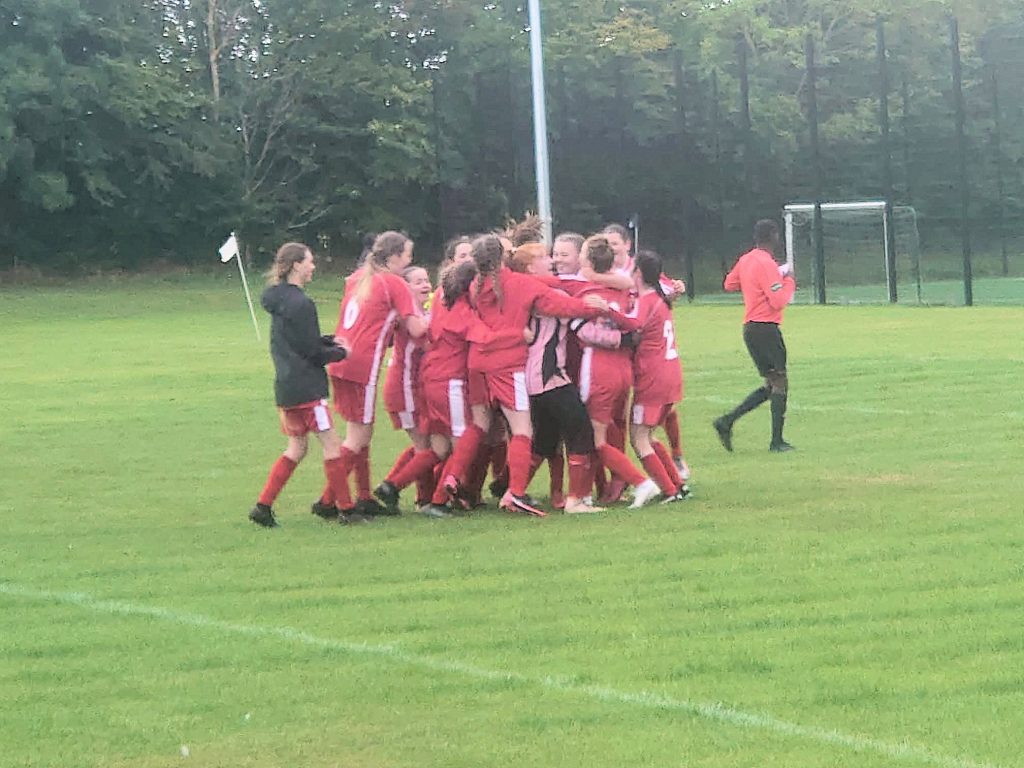 Thanks to Westdyke CC Girls 15s and the referee for a fantastic semi-final.

Player of the Match – Faith Maan