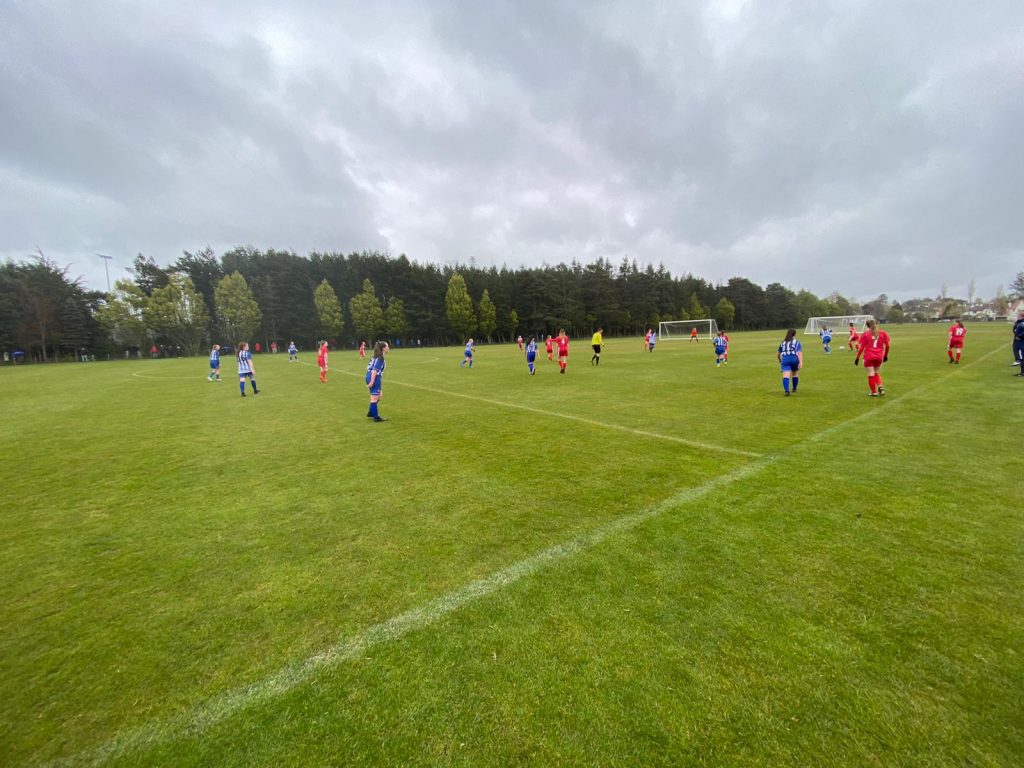 On a ‘dreich’ Saturday afternoon in Fife, the football was far from that…..

The girls set out against their first National Performance opposition today albeit in a friendly capacity. In the wonderful setting of St Andrews University sports fields, which have been graced by the greats of Barcelona and Manchester City no less.  Today however it was the turn of the next generation of Messi’s and Aguero’s to ply their trade against an organised and determined Kilmarnock squad.

The game kicked off, and with a good high tempo, the girls took control of the ball and built-up good phases of play to create some attractive football with a purpose. They worked the ball from goalie to attack through various methods, using the full backs, the wingers and the supporting midfielders.

It was ten minutes in and Aberdeen had all but scored when Killie snatched the ball from Cameron in the Aberdeen goal and almost found the net if it wasn’t for clever defending from Finnie covering well proving to the girls no matter how much of the ball you have, there is always a chance to lose goals.

That kick started the change through the gears with the girls pressing even higher and forcing the Killie defence into their last third, which finally paid off with Weatherly doing what she does best and finishing off a great move.

From then on it was one way traffic with great play from Aberdeen`s middle three of Smith, Greenwood and Murray feeding both wingers, supported by respective fullbacks Cruickshank and Black, which almost paid dividends on three separate occasions but to no avail.

Aberdeen increased their lead when Anderson burst down the wing and saw her effort saved by the Killie number one who only managed to parry it out to the supporting winger Lawson, who finished effortlessly.

Aspinall then replaced Smith after she picked up an injury and went straight into linking play between the defence and attack and kept it all flowing seamlessly.

The girls went in at half time two goals to the good and probably two goals shy of what they should have had, nevertheless a strong positive start to the match.

The second half saw Killie come out fighting, they closed quickly and tried to limit Aberdeen`s one and two touch passing previously shown, however the girls stayed regimented to their style and objective and stood firm giving nothing away thanks to an organised and resolute back four with Findlay standing strong winning every ball through the centre and setting us back on the attack, while Finnie showed great defensive and attacking options bursting out from the backline and driving into the last third. 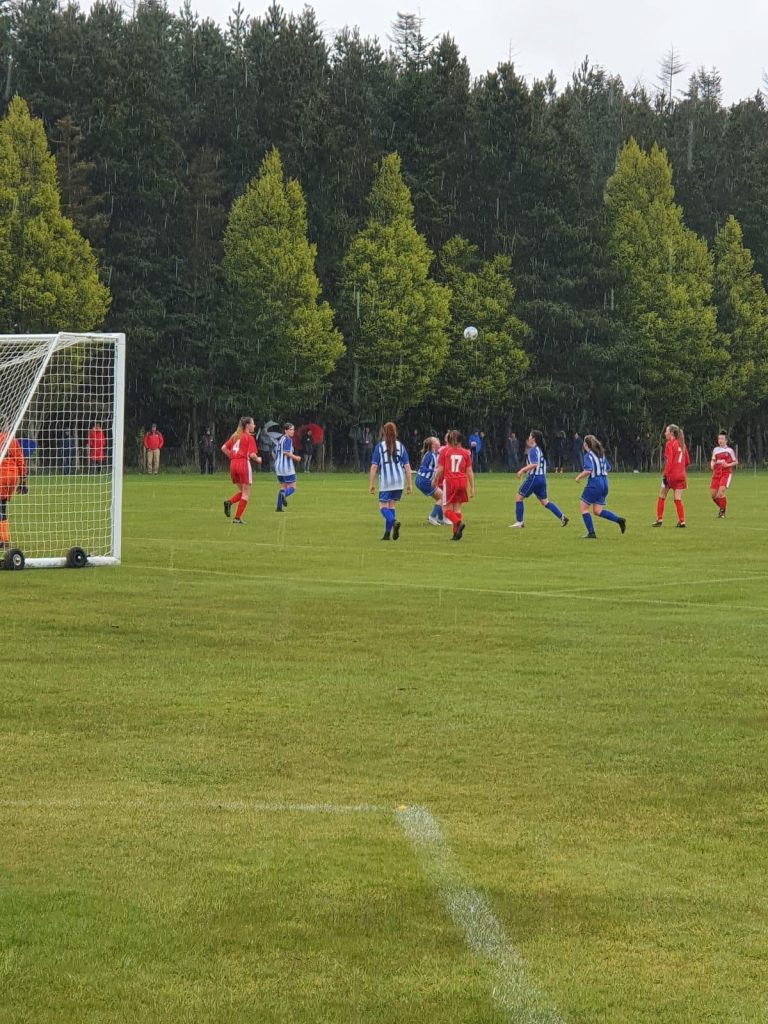 There were fewer scoring chances in the second period, however they closed the game out with great professionalism giving nothing away and retaining the ball to a high standard while continuing to press forward.

Substitutes Curry, Whyte, Keith and Graham all coming on to maintain the standard set by the starting eleven, proving our strength in depth. The entire team was up to the game in hand today all playing their part to secure the victory, but more importantly playing the correct way.

A special mention to Killie who played the game in a great spirit and were thoroughly professional throughout.